The canonical voices of Scottish Literature are already familiar to you: no need for me to trot out the names of men so favoured by history that we have erected 200ft monuments to them on the capital’s busiest thoroughfare, or whose birthdays are celebrated with near-cultish ceremony every January.

I’d rather talk about Alison Cockburn, Margaret Oliphant, Willa Muir or Elizabeth Melville: just a handful of Scottish women who have been written out of history, forgotten or ignored. In this new blog series, we aim to celebrate the work, talent and legacy of women such as these – the forgotten feminist icons of Scottish literary history.

We asked a group of women working in the arts – writers, librarians, academics and publishers – to nominate their personal feminist icons (real or fictional), and boy, did they deliver. In part one of this series, contributors Stevie Marsden and Vivien Martin tell us about the enduring legacies of two Scottish women writers: the historian Agnes Mure Mackenzie and fiction writer Sheila Stuart. 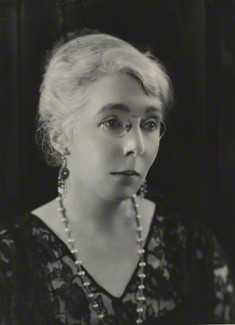 I became slightly obsessed with Agnes Mure Mackenzie while completing my doctoral research into the Saltire Society Literary Awards.  A member of the Society’s Publications Committee in the 1950s, Mackenzie was one of the people in the room on 22nd June 1954 when the committee approved the Society’s first Book of the Year Award.  Unfortunately, the progression of this award was stunted by the death of Mackenzie less than a year later in February 1955.  Following her death, the Society established a fund which was used to create the Agnes Mure Mackenzie Memorial Award for Historical Research, which was the origins of the History Book of the Year Award that the Society still hands out to this day.

As I began to unravel the history of the Society’s Literary Awards I realised that Mackenzie was a near constant figure within that history, and not just in name.  The Saltire Society was one of the outlets Mackenzie used to support her advocacy of Scottish culture, affectionately dedicating the first volume of her four-volume series Scottish Pageant (1946) to “My Companions of the Saltire Society who desire that those “things which were cast down shall be raised up and those things which have grown old shall be made new”.  She would also use a page of the Aberdeen University Review in 1944 to espouse that the Society wanted to ‘stir the mind of the Scottish people’.

Born in 1891 on the Isle of Lewis, she was left with poor eyesight and hearing following a bout of scarlet fever as a child.  Despite being educated at home until she was fourteen, Mackenzie would go on to gain a first-class honours degree in English Literature at the University of Aberdeen in 1921.  A thesis on Shakespeare would earn Mackenzie a DLitt in 1924 and she became the first female editor of the University of Aberdeen’s magazine Alma Mater.  After spending some years as a teacher and editor, Mackenzie moved to London to pursue her writing career.  Mackenzie would soon be a full time writer, having completed seven historical novels by 1930 and three works of criticism, including the seminal The Women in Shakespeare’s Plays (1924) which came from her DLitt thesis.  Mackenzie also focused on Scottish history with books like Robert Bruce King of Scots (1934), The Scotland of Queen Mary and the Religious Wars (1936) and The Foundations of Scotland (1938).  But she would simultaneously look forward to what Scotland had and would become with Scotland in Modern Times, 1720-1939 (1942) and The Arts and the Future of Scotland (1942).

What I admire about Mackenzie is her refusal to be pigeon-holed and her tenacity.  She was a literary critic, historian and novelist in fields that would have been (and largely remain) male dominated.  Despite her poor sight and hearing, which is reported to have limited her ability to socialise, Mackenzie became an authorial tour-de-force.  Never to be deterred, Mackenzie once worked with the Society of Authors to protest against irregular payments to authors for commissioned writing, an issue which remains pertinent within contemporary publishing to this day.

Although a recognisable name, I think it’s easy for us to forget just how significant Agnes Mure Mackenzie’s role in paving the way for women historians and writers in Scotland, and the UK more widely, really was.  As a historian and writer, Mackenzie wasn’t just promoting Scottish culture and history, but she was also advocating and creating space for women’s voices within that culture and history.

About the author:
Stevie is a Research Associate at CAMEo Research Institute for Cultural and Media Economies at the University of Leicester. She completed her doctoral thesis, ‘The Saltire Society Literary Awards, 1936-2015: A Cultural History’, in October 2016.  She is currently working on publications from her thesis and researching online celebrity book clubs. 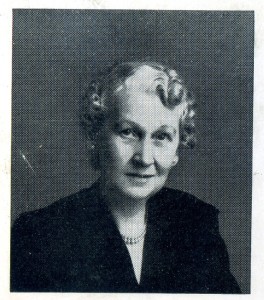 What child doesn’t want to have exciting adventures? I certainly grew up full of the desire to confound baddies and thwart evil and, like so many other children, I raced through Enid Blyton’s Famous Five books. And yet there was always that niggle, that troubling thought that there was something not quite right with the female characters. I didn’t want to be Anne, keeping house, but neither did I want to be George and have to pretend be something I wasn’t in order to be part of the adventure.

Like many authors, Enid Blyton’s characters reflected the attitudes of the times she lived in, a world which instilled uncertainty and placed limitations on girls. That insidious mantra: “Girls don’t do that!” Growing up in Glasgow in the 1960s, that still held true, with my brothers being free to do anything and everything, while my life was much more circumscribed.

Then I read a book and discovered, in those marvellous pages at least, that girls do do that. And what a wonderful revelation that was! Alison’s Highland Holiday by Sheila Stuart was the first in a series written in the 1940s and ’50s and reprinted in the late 1960s, which is when I came across them. Alison Campbell and her brother Niall, having lost their parents in the war, spend their holidays with their Uncle George. Although living in a remote part of Scotland, their uncle is something ‘hush-hush’ in the intelligence service. And so the scene is set for adventures, and come they do!

In the stories, Alison doesn’t have to be a soppy Anne or a masculine George: she is herself. No pretence. And although she is frightened of the dark and of taking risks, she doesn’t let that stop her. Alison felt real, someone I could identify with. Not particularly courageous, but determined not to let the side down. To me, that was true bravery.

Alison was also scrupulously honest, a fact that triggers the decisive episode in the first novel. She was loyal to family and friends. Not in a loud, showy way, but quietly. Yet there was nothing prissy about Alison. A genuine person shines through.

On top of all that were the wonderfully authentic settings for her adventures, the rugged and beautiful north-west Highlands of Scotland around Sutherland and Wester Ross. And those settings filled me with longing too.

But you can’t have Alison without her creator, who very deliberately chose to give Alison a personality that would be an inspiration to her young readers. That creator was Mary Westwood (1892-1974), who wrote as Sheila Stuart. The daughter of a Church of Scotland minister, she served in the First World War as a nurse in the VAD (Voluntary Aid Detachment). Afterwards, she trained as a journalist in Dundee.

Although Sheila Stuart was writing contemporaneously with Enid Blyton, their different backgrounds and experiences are evident in their writing; in the worlds they described and the characters of their protagonists.  Sheila Stuart was an intelligent, well-educated Scotswoman, who quietly, but with determination, pursued the course in life she wanted, continuing to work even after marriage, which was rare in those days. In the stories, Alison’s older sister Mary is studying to be a doctor at Edinburgh University, again an unusual role model for the time. The Alison books were hugely popular, wonderful tales of ‘courage, determination and adventure’.

Such was the positive influence they had on me that many years later, when my first child was born, a girl, I named her Alison. And year in, year out, we head north to visit, explore and immerse ourselves in that splendid, incomparable part of Scotland. So thank you, Sheila Stuart – and Alison!

About the author:
Vivien has been a librarian, museum worker, translator and historical researcher, and currently works with her local library service.  She has travelled widely throughout Eastern Europe and to many of the former Soviet states, and written about those experiences.  A keen walker and historian, Vivien is a frequent visitor to the Highlands and Islands of Scotland and writes regular articles for Scottish Islands Explorer and iScot magazines.