50 Shades of Grey author EL James took to Twitter today for a tumultuous Q&A that revealed far more about the social media community than it did about her books.

The backlash and post-backlash backlash has been a phenomenal thing to behold – if you consider inevitability phenomenal.

Anyone who expected the masses to politely step away from their keyboards and allow fans to ask such probing questions as ‘Coffee or tea?’ were at best naive, at worst apathetic. Feminists, survivors of abuse, charities and readers of the English language united to unpick the inherent problem of James’ bestelling novels. In case you weren’t sure, the problem is that her hero is an abuser. And while it’s not the duty of writers, artists and creatives to populate their work solely with flawless exemplars, it’s also not their job to silence those who have justifiable objections to the fetishisation of a man who treats women like property.

That Christian Grey is a wholly detestable character is clear. In just the first book alone, he illegally tracks Ana’s phone, follows her across the country without her consent, sells her car without her consent, dictates what she should eat and how much she should exercise, and threatens her with physical violence when she dares to speak out about such behaviour. The thing is, that’s not why James’ most vehement critics are angry – flawed and morally corrupt characters in themselves do not warrant criticism. It is James’ refusal to acknowledge Christian Grey’s abusive behaviour and her continuing endorsement of him as a desirable ‘type’ of partner for young women that prompts such vitriol. She blocks those on Twitter who attempt to engage her in conversation about these issues, effectively telling women that there’s simply no point in objecting to abusive behaviour.

The backlash was therefore immense. From the sincerely concerned:

But what followed was perhaps more distasteful. Soon the sanctimonious call of ‘Bully!’ could be heard ringing through the Twittersphere. Much of this criticism centred on EL James being a human being with feelings. Appeals for empathy were made, with no thought spared for the feelings of abuse victims who had been blocked by James when they questioned her – politely – about some of the behaviours of her protagonist.

My proposition on Twitter that the continued idolatry of Christian Grey encourages women to accept a violent, abusive sociopath as an ideal mate received the following response: 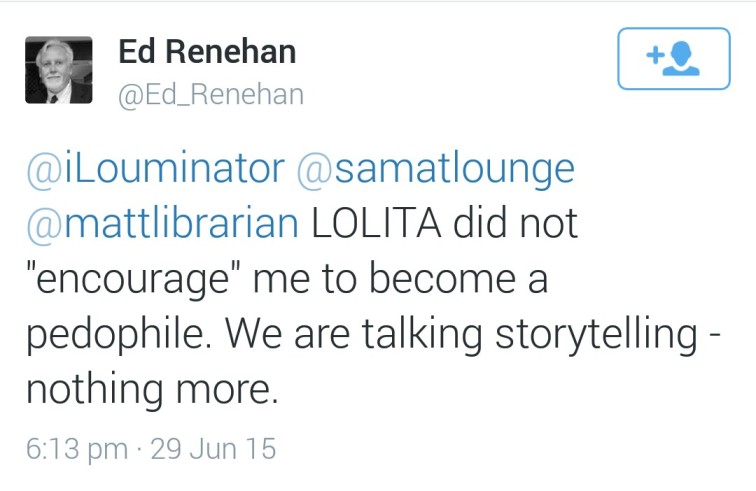 Similar dialogues took place elsewhere, in which objections to FSoG were likened to objections against violence in video games. These are fallacies of relevance. They lather a broad, homogeneous sticky paste over any objections made about James’ work by claiming X cannot be true because, anecdotally, Z is not true. Now, the company who makes GTA does not claim to present a Utopian world in their games and there are not literally millions of players desperately daydreaming about enacting such content. But EL James does claim to have created a desirable hero in FSoG and there are literally millions of women desperately daydreaming about enacting the relationship at the heart of these novels. They cannot and should not be compared.

Matt Haig, meanwhile, seemed to suggest that any ire was misplaced: 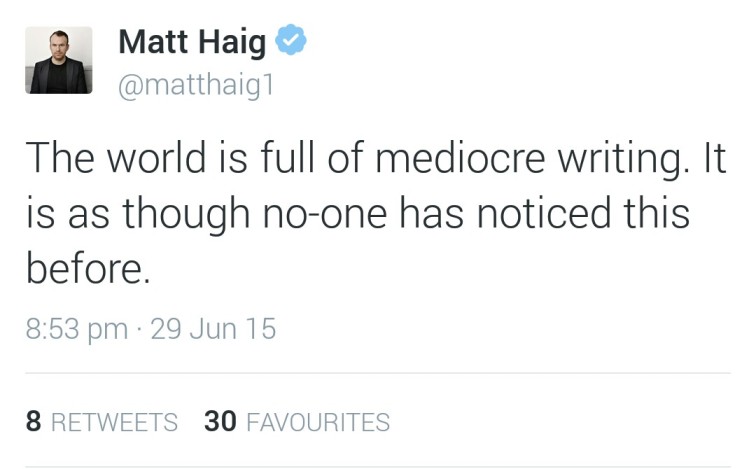 In short, then, appeals to simply ‘leave EL James alone’ are arguably more bullish and indicative of our social problems than the initial backlash. Yes, some of the tweets were simply offensive and had no place in this dialogue. But no, we will not be quiet and we will not ‘leave her alone’.